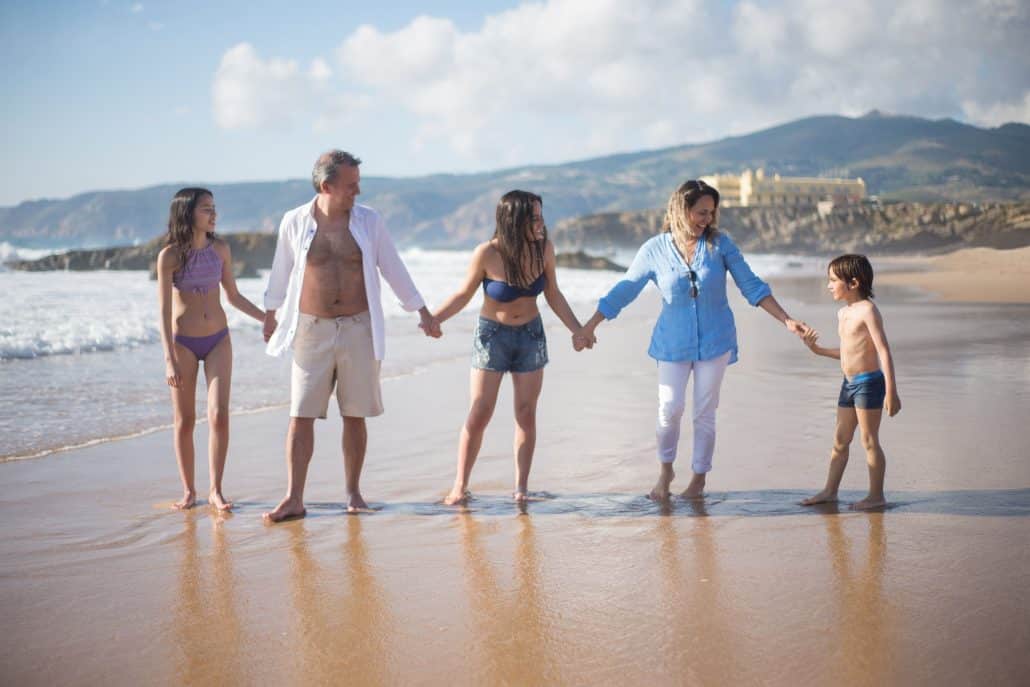 What is the water cycle for kids?

“Mom, what is the sun for? Daddy, why is it raining? And Grandma…”, how curious our little wolves are! A multitude of questions are running through their little heads, and it’s not always easy to answer them…

What if we started by explaining to them how the water cycle works and the importance of water? It is a vital commodity for living beings and for our planet, but how can we make our children aware of this?

Thanks to tips, games and images, the discovery and understanding of what science has to offer will be more accessible to them.

It is often during third grade, fourth grade or fifth grade, that the children are initiated with the bases of biology. We thus propose to you, a small and easy explanation of the water cycle in order to answer the famous question: “what is the water cycle?”

Did you know that 70% of the earth’s surface is covered by water? Indeed, water is notably present in lakes, rivers, and oceans.

This water circulates on the earth in 3 forms :

What is a reservoir? In the water cycle, reservoirs are places or things that contain water. 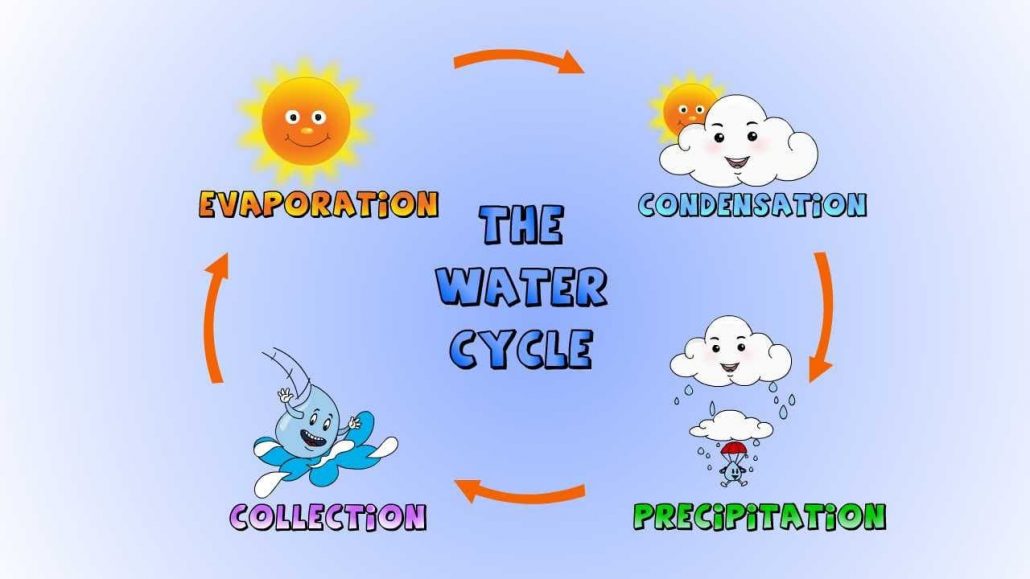 Here are the different reservoirs:

The water cycle is easy to understand for children because part of its functioning is visible throughout the 4 seasons of the year!

The water cycle is made up of 3 stages: 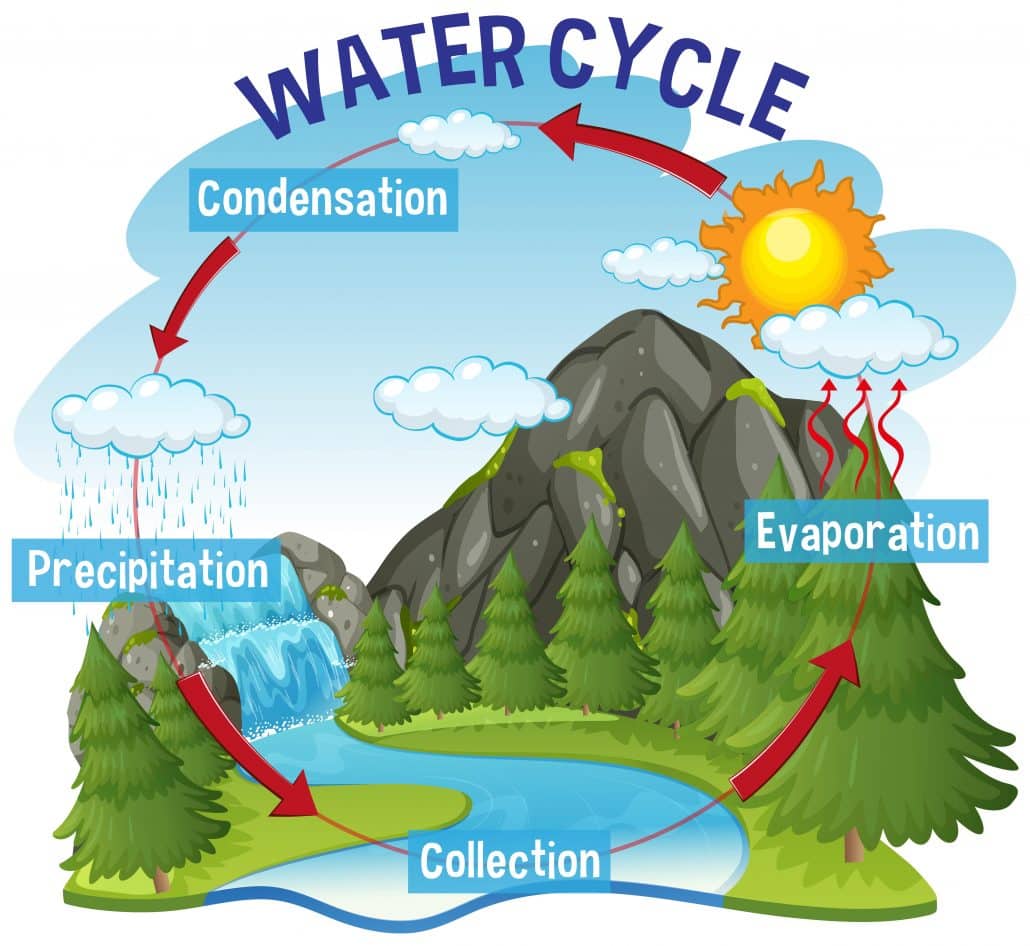 Firstly, thanks to solar energy, the water in the seas and oceans evaporates into the atmosphere, getting rid of its salt and impurities.

Evaporation can also come from the earth, it is a phenomenon that transforms the water of rivers and lakes into water vapor.

This water vapor will then accumulate in the clouds, in the same way as the evaporation of the seas and oceans.

Secondly, this evaporation gives rise to condensation. Indeed, in contact with the atmosphere, the water vapor cools down and turns into droplets.

Finally, the water is condensed in clouds, which move through the atmosphere thanks to the wind. During a climate change, they fall back to the ground, in the form of rain, hail, or snow.

The water that falls helps nature to flourish and prevents drought by hydrating it.

On the other hand, the water that does not manage to infiltrate directly into the ground, runs down the slopes to flow into lakes and rivers. This water will follow its path to reach the seas and oceans.

II - The importance of water: let's take care of it

What are the risks of not preserving it?

“Ah, how good it feels to cool off with a tall glass of water!”

By the way, do you remember to turn off the faucet while you brush your teeth? Oops, we tend to leave it running while brushing… But water is a precious and rare resource. What if we made our children understand the importance of water, and this, from their youngest age?

Do you know why it is essential to plants? Sap is formed by water that carries the food the plant needs to live: mineral salts from the soil. Without water, a plant dries out, so water is a necessity for it.

SciShow Kids proposes to discover in video how plants develop 😉

It’s the same for humans, water is vital to them, and they can’t survive without it…

Children are thirsty to learn and constantly solicit us with all the questions that cross their minds!

Water is in serious danger, because man has taken a very bad habit: pollution.

What if we tried to make children understand that each action of our daily life can have an impact on water?

We share with you tips to preserve water with small daily gestures to teach our children playfully. 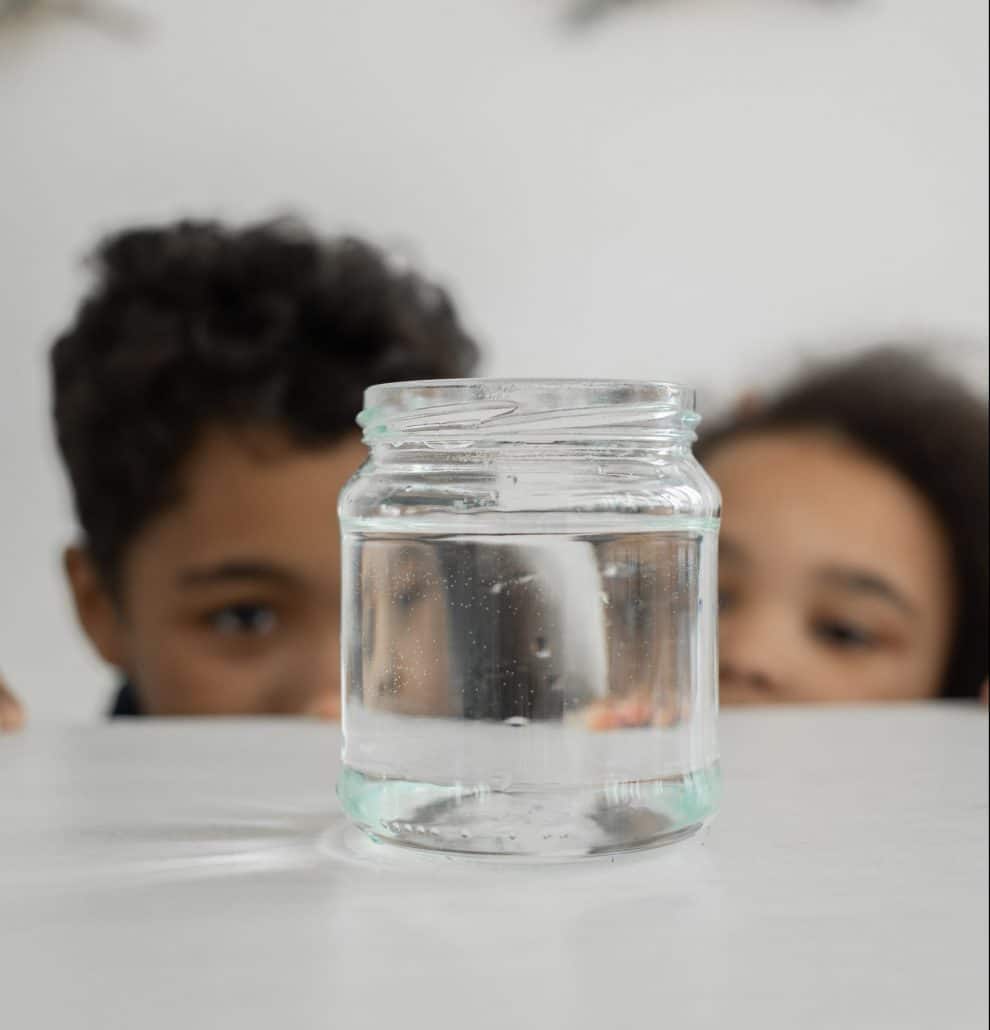 How to teach the water cycle to young kids?

To simplify the understanding of the water cycle, you can draw a diagram of it:

III - Learning while having fun!

How about learning through games? This will make it easier for children to become aware of small details that are important, such as not letting the water run too long or turning off the tap before leaving a room. These are small and simple things that we sometimes neglect.

What if you give them small challenges? For example, the one who forgets to turn off the faucet while brushing his teeth, must jump up and down for 1 minute or do the dishes. 😉

And the parents must obviously play along and receive the same little fate in case of forgetfulness! 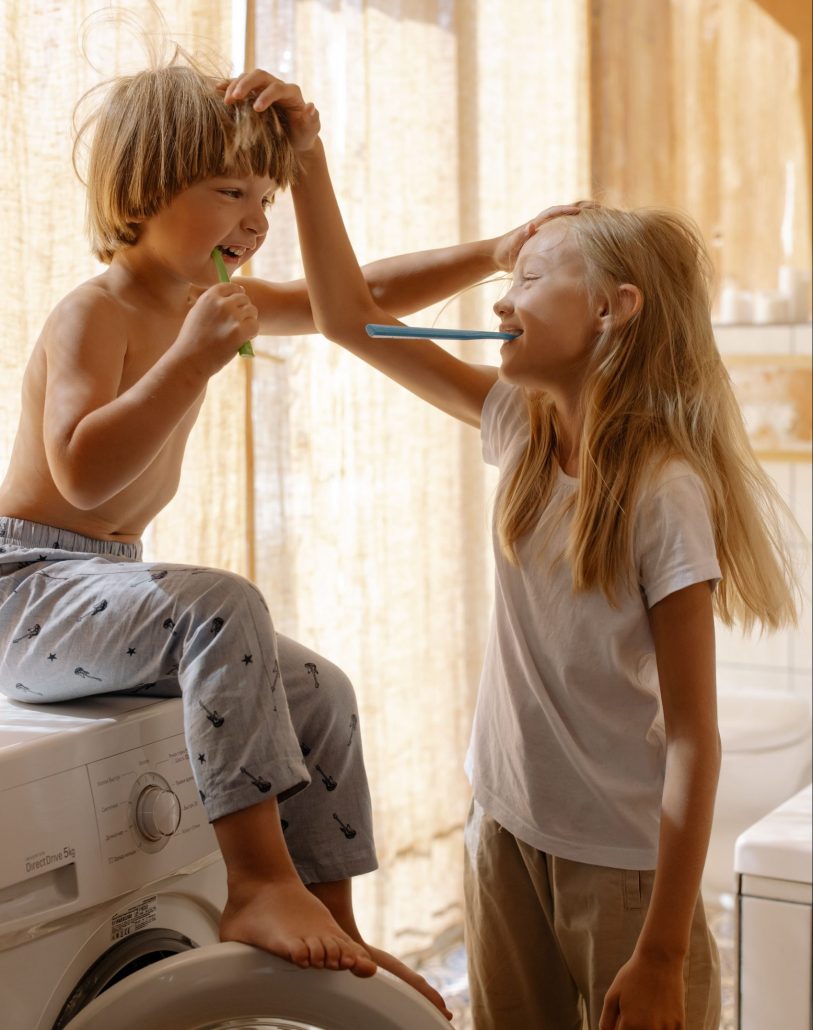 Here are a few tricks to introduce into their daily lives to help them learn good habits:

We have found some fun activities to learn little ecological tricks!

When learning is done in a fun way, children appreciate it more. Why not suggest them small games, puzzles, or coloring for that?

For example, at-home escape rooms are a great way to learn through games because the puzzles are varied! They contain math, logic, and reading.

This allows kids to dig their brains out and learn while having fun.

Psst, you can find in our monthly newsletter free puzzles that will entertain your kids while they are racking their brains! :p Subscribe by creating an account on escape-kit.com/en!

We hope that you will enjoy this article and that it will help you answer the multiple questions of your children. Whether they are in first or second grade, in order to make them discover the water cycle and to make them aware of the need to take care of the environment with daily, small and simple gestures.

You will love our Escape Kit !

All our Escape Kit 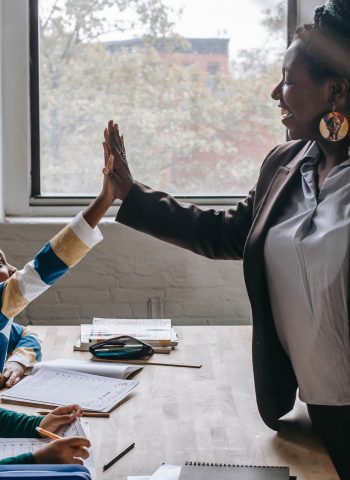 Creating an Escape Room at school Have you noticed that the concept of gamification is increasingly present in schools? But what exactly is it? It is a learning technique that uses the characteristic elements of games in the educational sector to obtain better learning results. The goal is to make an action more playful and […] 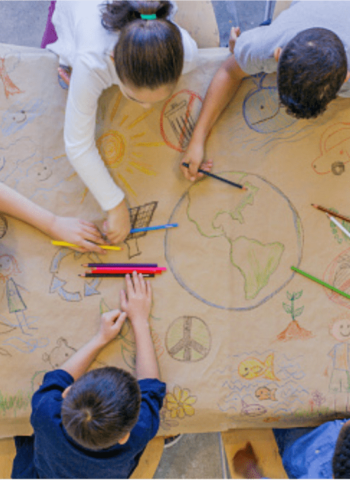 8 simple & eco-friendly actions to teach kids What if we choose a more sustainable and eco-friendly way of living? Even if it sounds challenging, our kids are tomorrow’s future and it’s our duty to teach them how to take care of the planet we live on, thanks to simple and easy eco-friendly choices in […]

Read more
All our blog posts

based on 543 customer reviews

Discover our Escape Rooms to play at home with your family or friends to spend an extraordinary time.

A kit to recreate an Escape Room in your house !