Embark on an incredible Escape Room adventure for kids inspired on the theme of pirates. Turn your house into a real treasure island !

“Many sailors explored the Isle of the Skull in search of the treasure belonging to the King of Pirates, but no one ever returned….

Legend says that the island emerges from the sea every 13 years and only remains afloat for an hour before it disappears.

Will you be able to find the treasure in less than a hour before the sea engulf the island with you, for 13 long years ?”

3 to 5 children per team. As many teams as you wish.

The level of difficulty is perfect for children aged between 8 – 14 years old.

What does the Escape Room Kit for kids contain? 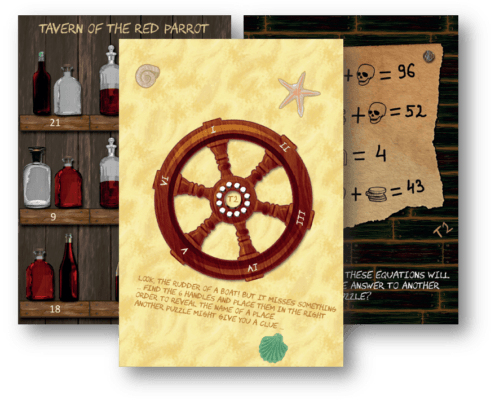 Save time. Everything is ready to play

The Cursed Treasure is a complete Escape Room kit to download with 15 printable puzzle cards.

Everything you need to get started quickly! 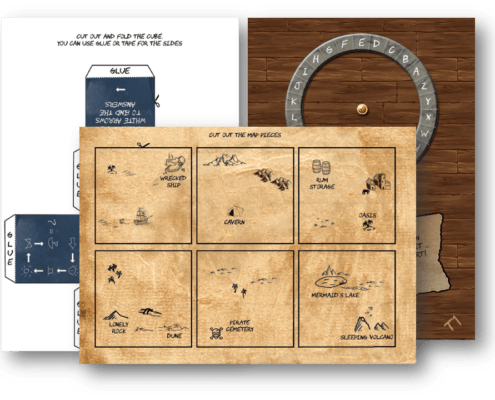 You will not be “stuck” during the setup. Each step of the escape room kit was designed minutiously by our team. 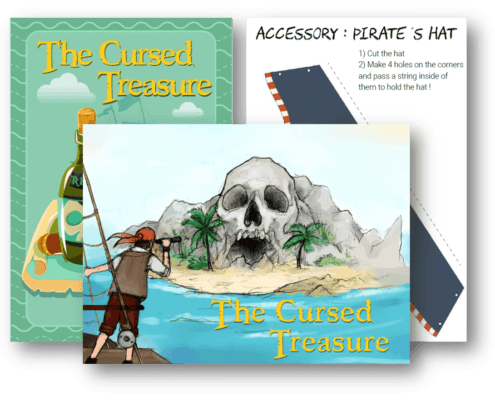 The kit includes 3 posters, an invitation, a victory diploma and accessories for the final selfie. Don’t forget the photo, it’s very important to have it ! 😉

We’ve created a YouTube playlist for you to really turn your kids party or classroom into a real Escape Room adventure. 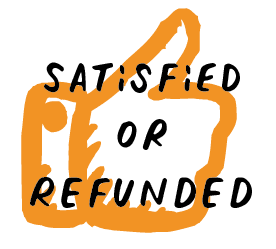 No risk, if the kit is not what you expected, send us an email !

Use our Home Escape Rooms for children’s birthday. There are also a lot of activity ideas for toddlers, summer camps or even for youth groups.

Our Escape Rooms are also used by companies to develop teamwork. But for children, it can be an original and beneficial gift.

As a new form of entertainment, it’s very funny and educational for children because they will learn while they having fun!

To play, it requires constant communication and players are challenged with healthy conflicts.

The Cursed Treasure kit, inspired by the theme of pirates goes one step further by creating a friendly environment in which each team tries to win the game.

Don’t panic, it’s very simple to use : you buy it once and you can use it as much as you want. Then you just have to print the game and give one copy for every team.

Here is how you need to organize the game for several groups : 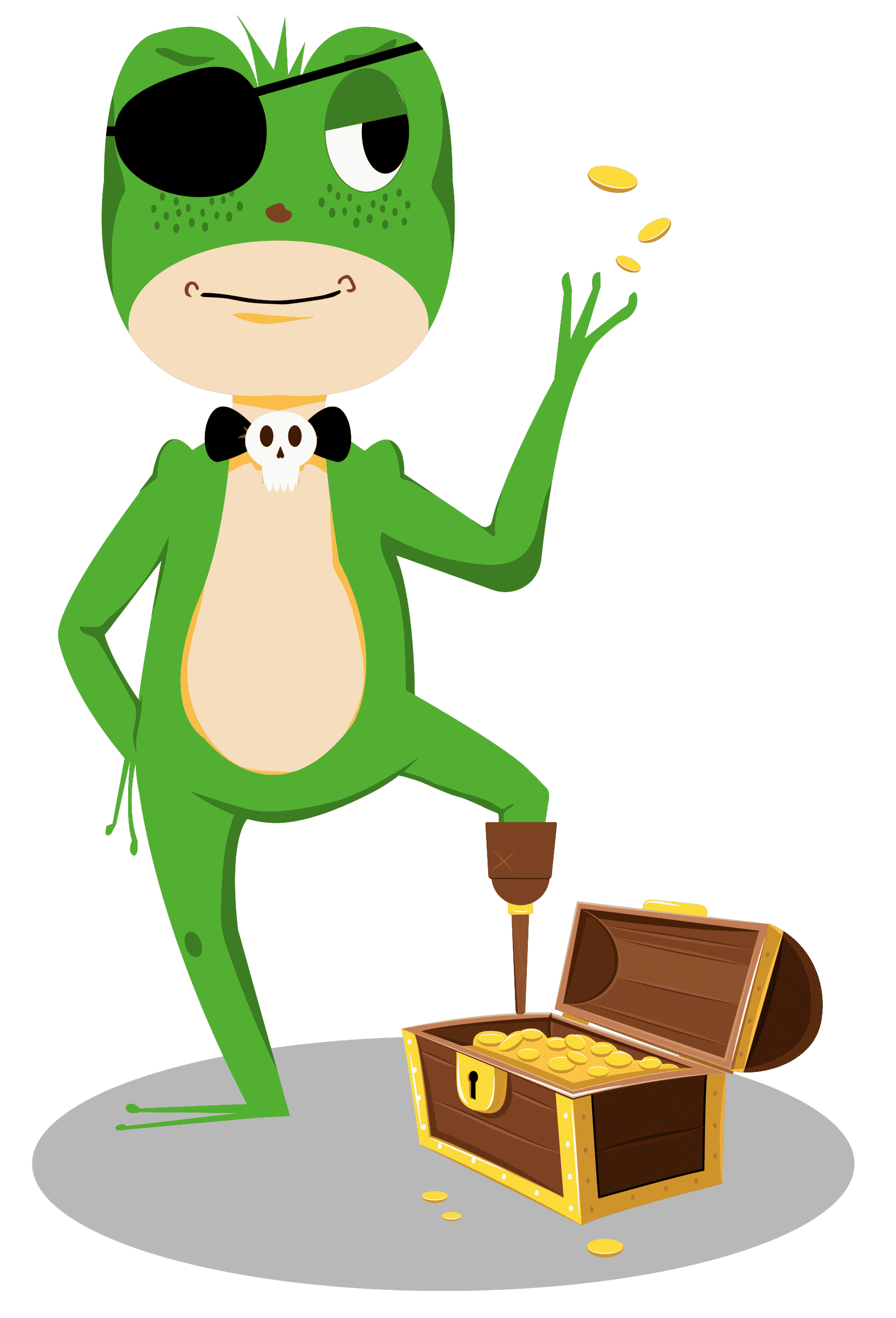 Complete set ready to be printed and played.

THEY LOVED THE CURSED TREASURE

Great experience! The kids had a great time for 55 minutes! A very well thought-out game, you will have enough to work your mind and test your mental alertness. Can’t wait for the next adventure  !!!!!

We just celebrated our daughter’s 10th birthday with her friends, they all loved it: it’s a very good Escape Kit, well adapted to their age, funny and varied!

Your file has been sent by email following your order on the site. Just click on the link in the email core and the file will download itself.

The Escape Room Kit “The Cursed Treasure” would be described as easy. It’s an ideal Escape room for kids!

Is it a team game?

Yes, it is a cooperative team adventure designed for teams of 3-5 players. If you have more players, feel free to print a copy of the game for each team. In this case, the groups will compete to finish first. For example, for a group of 25 people, print the Escape Kit 5 times and make groups of 5.

Is there a need for a Game Master?

Yes, a parent, teacher or facilitator, for example, must be present to guide the children and help them in their mission.

We recommend that the game master read the documents carefully and test the game before starting the activity.

Is it possible to play without a computer / phone?

The Cursed Treasure is an Escape Room that does not require electronic devices. A big plus in this connected world!

Is it possible to play outside?

The weather is great, it’s hot and you don’t necessarily want to play indoors?

Don’t worry about it! You can install the game outdoors as you wish. Just be careful with the wind:)

Discover our other Home Escape Rooms !